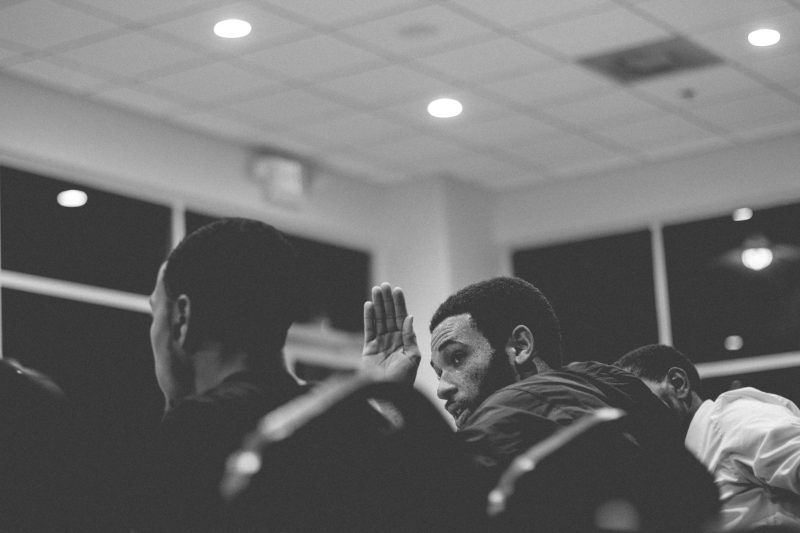 You Can’t ask that is about the misunderstood, marginalised Australians answering anonymous online questions.

What would happen if you gave people the chance to ask society’s outsiders the questions they were too embarrassed, too shy, too awkward and too scared to ask?

What would happen if those stereotyped minorities were given the right to answer those questions with dignity and depth?

Ok so I’ve been emailed and DM’D via Twitter and Facebook lots of questions which I’ll attempt to answer here for you today.

Q1. At what age were you diagnosed with autism and how did the diagnosis come about?

I was 41. I remember having to badger my doctor to book me in for an appointment to get tested at a clinic. He said and I quote

“You’re too old to be tested, they usually pick it up in kids”

Which is utter nonsense. So once I knew I was relived but scared to tell anyone because I feared being judged.

Q2. I’ve heard some people say we should refer to you as a person first (a person with autism) but others feel that it’s okay to say someone is an autistic person. What do you feel is the correct way to talk about someone having autism?

I don’t have a preference. You could say this is Nick he has autism or this is Nick and he’s autistic. Maybe if you are unsure ask the person to see what they feel comfortable with being acknowledged by.

Q3. Do you feel overwhelmed by environmental stimuli? If so, can you explain how it feels (for you) to have a strong reaction to sensory stimuli?

Yes loud noises usually bring on a meltdown. I have since been given by a friend a pair of noise cancelling headphones which I carry about with me for just this purpose along with other items in a bag.

Q4. Are there ways in which you feel limited by your condition? If so, how?

I tire very easily, I cannot cope if I am overwhelmed, I need time outs i.e naps or a break to step away and breathe. To cope I usually listen to a podcast the Retro Cinema

You can listen to the Podcast directly on the site on each episodes Post.We’re on iTunes HERE (make sure you subscribe!)Stitcher info and listening is  HERE    And if you’re on the go, use the TuneIn app on you phone or tablet to listen to us HERE

Q5. How can having autism have an impact on someone’s behaviour?

Q6. What is the most annoying thing anyone has ever said to you regarding autism (and why did it annoy you)?

While this might be rarely said to Autistic people whose disability is very visible, it is very frequently said to Autistic people with much more invisible disability. It’s insulting because it suggests that because the person doesn’t appear to be disabled or doesn’t fit preconceptions of what Autistic people are supposed to sound or act like, that person must therefore not have a disability or be Autistic. It also suggests that “normal” is the standard to which anyone should aspire to appear or act (and that “normalization” should be the ultimate goal of therapies or treatments for autism rather than pragmatic coping skills to navigate a world where Autistics are a minority), and therefore that it’s not good to act or speak in ways commonly associated with being Autistic, even if those behaviors don’t actually hurt anyone. This is dismissive of a person’s disability and experiences.

Q7. Do you think there is a cure for autism? More importantly, would you want to be cured of autism? Feel free to elaborate.

No and I don’t want one frankly.

You shouldn’t ask someone you don’t know well what it’s like to be Autistic. Every Autistic person’s experiences vary so much that it’d be an injustice to all of us for you to ask a question that implies that there’s one way to experience being Autistic.

I will not tell you!

People with autism-spectrum disorders such as Asperger’s do not lack empathy – rather, they feel others’ emotions too intensely.

To all the people who messaged and emailed me

2 thoughts on “You Can’t Ask That”

<strong>10 SIGNS THAT AUTISTIC NICK IS GETTING OVERWHELMED</strong>