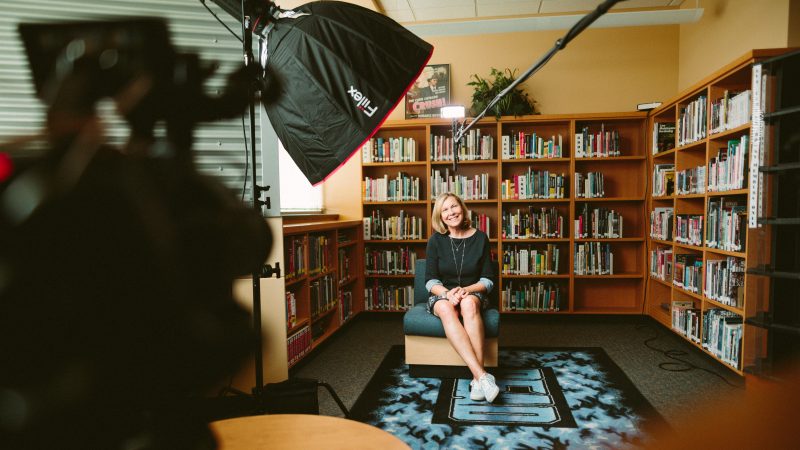 The weekend, or le weekend as people in Europe would say as they sip on their coffees in a café watching life pass by with the Eifel Tower as their backdrop.

But then Monday comes and yells out “The weekend is over it’s back to work” and you are forced into conversations over the water cooler or in the staff room about the latest contestants from a reality show that were either evicted or their antics shocked the nation or other idle chit-chat.

On Sunday for the upcoming Autism West Symposium, I sat down with 12 questions, after having worked hard on my Tony Jones interviewing style and as the director yelled “ACTION!”

I began interviewing those on the autism spectrum to find out what life is like for them.

I admit that I was nervous, mainly because I hadn’t ever interviewed anyone before and wasn’t sure what their answers would be.

I admit that I didn’t necessarily stick to all the questions that I had prepared. I deviated based on what I was hearing back from the person being interviewed (I’ve learnt a lot from Parky as I call him) and so I managed to skewer my questions to either build on what that person was saying or include the person more (in some cases they were kids and I wanted them to feel part of the conversation or I had to re word the question to have them understand it better or in some cases I just ended on what I considered to be a positive note or I felt that they had answered all that I had wanted to cover.

It was hard work asking the same in most cases 12 questions, but as I say I did find a way to adapt some of them to suit the person that I was interviewing and made them open up more about what life is like for them being autistic on a daily basis.

It was also a long day as we started setting up at 10am and once the first person arrived at 11 we didn’t break until 2.30 pm!

What I found interesting was how each of these parents had their own strategies in coping and working out what worked for them in order to navigate their way through the autism maze.

A NEW TV SHOW ABOUT AUTISM IS COMING-BUT JUST HOW INVOLVED IN THE PROCESS ARE WE?

HOW I’VE BEEN DEALING WITH MY EMOTIONS

How to Make a Calming Down Corner