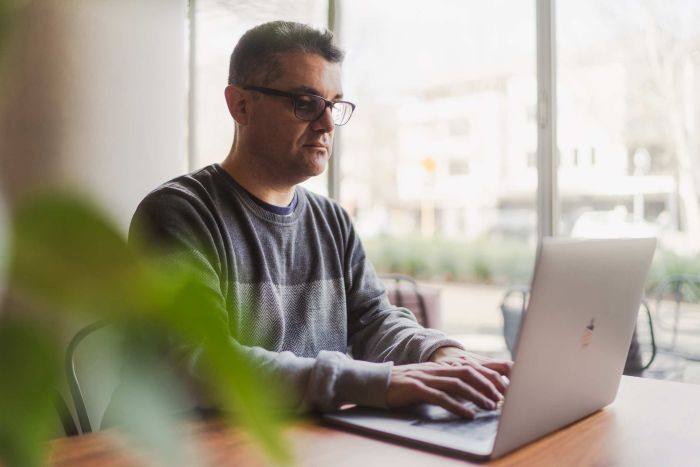 How is it that we are now at the end of August already?

Is someone somewhere holding their hand on the fast-forward button?

Does this person have such a distain for winter that they wish to fast-forward to summer already?

I need time to get my summer body into shape, by signing up for numerous celebrity boot camp classes and eating next to nothing to slide myself into this season’s must have beach wear item!

But this has been swept aside by two news items.

One came from a reality show contestant on the bachelor a reality tv show where 25 women compete for the love of one man and the other from a radio DJ who broadcasts on the AM frequency.

This bachelor contestant was in the swimming pool with this year’s man Matt. They got intimate. She then decided after she’d kissed him, that she would in her capacity to nab him spill the beans that one of the other women Monique had called him a “dogc**t and a disrespectful pig”

I kid you not, that is the new smack down word that everyone in Australia is currently using as a put down.

The other refers to a shock jock known as Alan Jones.

Alan is a 78-year old man who before driving into work looks out from his Sydney apartment which over looks Sydney harbour, whilst sipping a cup of coffee which was probably made by one of his servants, who had been up picking the coffee beans from a field over an hour away, driven back, ground the beans and then made the freshly brewed coffee for his employer.

Alan then heads down in the lift to his car which is parked inside his private car park and heads into work.

Alan is like a Taylor Swift song, full of the joys of fun and spelling words out loud. But this morning he decides that sunshine and lollipops and spelling words isn’t as fun as it sounds because he’s only broadcasting to the AM audience (yes, he’s old school like that).

I would even go as far as to suggest that he will leave his ration book to a loved one in his will.

A ration book for those of you who don’t know was introduced during the war, it was a way for the Australian government to monitor food shortages and ensure that people only had a limited supply of food until they could begin importing and exporting goods to and from Australia again.

Anyway, this particular morning, Alan having seen our very own Prime Minister Scott Morrison (yes, we have the same guy in charge, we haven’t had a new prime minister this year yet!) was in Pacific Islands Forum in Tuvalu with NZ prime minister Jacinda Arden when Scott was challenged to do more on climate change.

Alan saw red and then said the following words;

This lightweight New Zealand Prime Minister Jacinda Ardern is challenging Scott Morrison over climate change. Now I hope Scott Morrison gets tough here with a few backhanders … hasn’t got a clue this woman …

I just wonder whether Scott Morrison is going to be fully briefed to shove a sock down her throat.

He then retracted his statement by saying

He’d meant to say, “put a sock in it”, and repeated the statement again to his 2GB listeners on Friday morning.

“This was wilful misinterpretation of what I said to obviously distract from the point that she was wrong about climate change and wrong about Australia’s contribution to carbon dioxide level,” he said.

“I understand that [Jones] of course used to be closely linked to the Wallabies… let’s just say that I think revenge is best served through a Bledisloe Cup,” Ms Ardern said.

But how were things for me this week?

Monday’s are as if someone has taken a remote control and kept their finger on the brightness button but instead of turning up have in fact turned it down. We are now living in a coven of misery. It’s as if we are living in an AM world whereas we want to be living in the fun FM world. By AM and FM I am off course referring to radio frequencies.

Monday’s are a blimp on society and whoever invented the days of the week should hang their heads in shame. Why can’t we start the week on a Tuesday? It’s a slightly more fun version of Monday but still not close enough to Friday and the weekend.

Monday’s lunch was a tuna salad, which perfectly summons up Monday’s in a nut shell.

Tuesday’s are like a warm croissant. Only without the French snobbery that usually accompanies it.

I joined a Facebook group get speedo fitness ready in thirty days. I then regretted my decision.

Half an hour later and I had unfollowed and un grouped myself and I was now free of instant messages and inspirational quotes which they told us they’d invented. A quick google search says otherwise as does any impending law suits over copyrights.

Otherwise known as hump day or the middle of the week. I have begun to write my second article for the ABC, after a week of consulting and exchanging of ideas I have now sat down and began to construct something that resembles an acceptable article for the ABC. I had a cheese and ham sandwich for lunch along with some kettle chips. I felt the need for warmth and comfort. The warmth coming from the toastie and the comfort coming from the kettle chips as they brought my tastebuds to life.

This is unheard of. At no time during my visits to this car park has that ever happened!

So, I’m on the train. I’m doing my word search. I’m keeping myself to myself.

When a blonde woman enters the carriage.

Nothing special to report yet but just you wait.

The woman sits down, she sniffles, she then pulls out her mobile phone.

She presses a few buttons and viola she is now speaking in French to someone who is on loud speaker.

The following is part of the conversation that I and the rest of the carriage was party to.

HER: Darling, my boss telephoned me last night to say that she’d had an emergency c-section, and could I come into work today to take notes at a meeting.

FRIEND: What are you wearing?

FRIEND: What type of meeting is this?

HER: All black with and I quote here “Some LBTQI boots”

Now this caught my attention. I stopped searching for an unpronounceable Danish word and glanced down at these LBTQI boots, they were scruffy and plain black. In fact, she was dressed head to toe in black.

I felt angry that she’d made out that these boots were the holy grail of boots and that every LBTQI person would be rushing out to buy them.

They were in fact the Miley Cyrus of boots. Loud, tacky, cheap and bogan.

Before she departed the train and enter into Perth Underground, she ended her conversation with her friend by recounting a story that happened in Ibiza.

She and her brother had gone into the sea drunk, she had tucked her expensive mobile phone into her bikini bottoms and had swan out to meet him and to tell him whilst she was intoxicated that she loved him and that he was the best brother in the world. Her boyfriend upon hearing that the expensive mobile phone that he had bought for her was broken had lashed out at her in an angry rage. They then had had an explosive argument in French until overcome by lust they had gone into the bedroom to make amends and forgive each other, and I never saw her or her horrible boots ever again.

Hi Friday! Welcome home! It’s great to have you back. But Friday isn’t all Taylor Swift songs and specially choreographed dance routines. No Friday brings with it rudeness and bad manners.

Especially from Aldi staff. Why is it that whenever I reach the checkout the till operators never say g’day or hi or hello? But as soon as I’ve paid and left to re pack my bags there saying to the person behind me hi, how are you?

Are they under the pressure pump of having to reach the unobtainable KPI’s and other Aldi targets set by the German retailer?

They should all be sat down with a bowl of apple strudel and some custard and a cup of tea and told to relax and smile and say hello or how are you to me? I am after all a customer in your store!

I have been binge watching a show on Netflix I am into the third season of a show called Fargo. Today I am also heading out for a walk to get some fresh air and let the winter sun sink into my skin.

Today my nephew turns 4! Where has the time gone. So, I am heading to his house to exchange presents, and eat cake and have a fun time.

2 thoughts on “AUTISTIC NICK, C SECTIONS AND THE FRENCH”

AUTISTIC NICK AND HIS ANXIETY RASH

HOW AUTISTIC NICK IS PREPARING TO GO BACK TO WORK

AUTISTIC NICK HAS A MELTDOWN

AUTISTIC NICK’S GUIDE TO HOW BEST TO COMMUNICATE WITH HIM