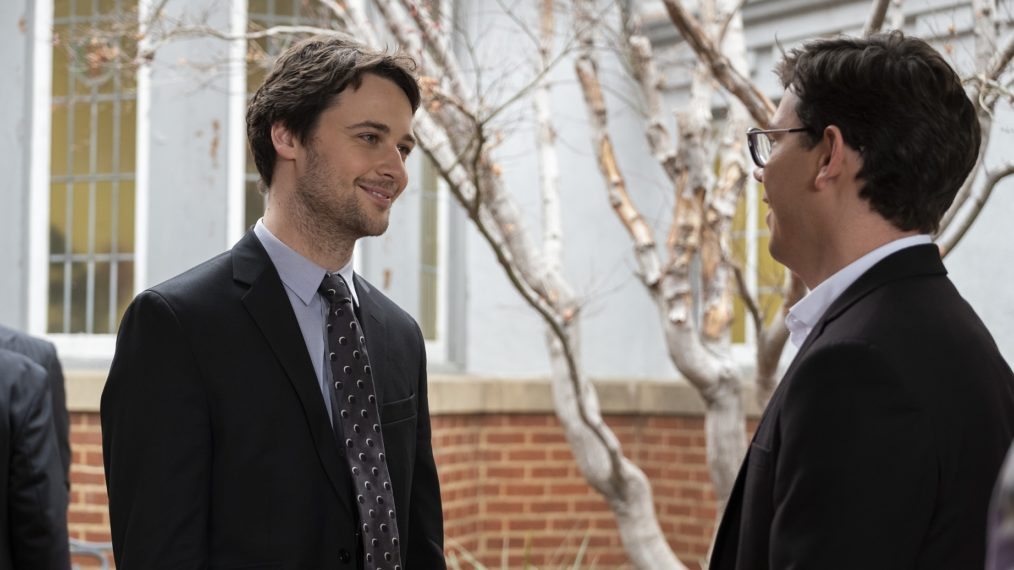 AUTISM AND THE NETFLIX SHOW “SPECIAL”

Recently I sat down and watched via Netflix “Special”. Special is “a distinctive and uplifting new series about a gay man, Ryan, with mild cerebral palsy who decides to rewrite his identity and finally go after the life he wants.

Actor-writer Ryan O’Connell stars in this semi-autobiographical series based on his memoir. He plays Ryan, a gay man with cerebral palsy who decides to do away with his identity as an accident victim and go after the life that he wants. After years of dead-end internships, blogging in his pyjamas and mainly communicating through text, Ryan figures out how to take his life from bleak to chic as he gets ready to start limping toward adulthood.

Now, this blog post isn’t a TV review of the show I just want to make that clear, but what piped my interest going into season 2 (* note there are no spoilers here) was the character of Henry.

But why are you telling us all this for Nick?

Well, it’s the character of Henry that this is main focus of this week’s blog post.

Now, I’ve only watched 1 episode which Henry briefly appeared in (he came in at the end) in so far but from what I’ve seen I’ve been very impressed with the way that they’ve accurately been portraying him.

I have to say that my initial thought was “Oh they’ve hired a non-Autistic actor here” (yes, I have a cynical side!!)

But!!!! I was proved wrong after a google search I found out that low and behold the actor in question is “ACTUALLY AUTISTIC” in real life!!

As readers of my blog posts know I am strongly passionate about hiring Autistic actors to play Autistic characters on TV.

The actor himself said of the role and his opportunity to bring representation of Autism to the screen.

“I think for Autism and neurodiversity, there are these ingrained stereotypes of who people are and what they’re capable of. Capitalism is real and for a long time, the language revolved around our ability to produce. Naturally, that bled into the media, and ironically, we were ousted from roles, both in front of the camera and behind, because they didn’t think we could produce the content.”

You can read the full interview here https://www.tvinsider.com/999518/special-netflix-season-2-henry-buck-andrews/

As a society, it seems that we are afraid to tell stories about people with disabilities that show the truth and accept disability for what it really is: difficult, challenging, exhausting, and sometimes painful.

Authentic representation matters and when creators, writers and the TV networks get these stories wrong, it manifests in how society views people with a disability, which in my case is someone with Autism.

There is an authenticity and a lived experience that these non-disabled actors cannot bring to the role despite doing all the research or reaching out to those within the disabled community so that they can give an ‘accurate’ portrayal of that character.

Having diversity on screen not only benefits the overall authenticity of a production, but it also improves the chances of a positive response from audiences. We are not a ‘one size’ fits all society, we are all different and diverse and that should be represented in what we see on TV and we should feel proud to celebrate our uniqueness.

Watching the character of Henry on screen is something rare and rarely seen.

I think that going forward we need to see more hiring of Autistic actors being cast into Autistic roles.

People with disabilities can play an important role in educating the viewers at home about real life issues of living with a disability and the more we can integrate disability into mainstream television, the more hopefully society will view it as normal.

I know myself, if there had been more positive depictions of people with disability in the media when I was growing up and trying to navigate my way in this world living with Autism,

I believe I wouldn’t have struggled with my self-worth or confidence as much. I would have had better role models that I could relate to and even aspire to be.

What we now need to happen is that we have the opportunities to access the necessary platforms available so that we can begin to tell our stories. Stories that provide an insight into our diverse disability community and that are educating, informing and enriching the viewer’s lives with our different experiences.

We need greater opportunities for disabled writers to share their personal experience of living with a disability and the many challenges that they face in today’s society.

We need to have authenticity brought to these stories and to feel included in the process with both the building of these characters and their stories.

More importantly, there also needs to be a greater level of comfort and confidence around incorporating diversity and disability into scripts for TV shows and movies.

Diversity not only has the potential to generate connection and empathy it can also help shift perceptions of ‘otherness’ within the Australian disability community.

Television has the capacity to create emotional connections, educate and highlight important views and opinions. It reflects our sense of who we are as a society and who we might be. We now need it to be a place that allows disabled people the chance to tell their stories and for our voices to be heard.

Carry on the Conversation.

As always, I can be found on Twitter:@AutisticNickAU

AUTISTIC NICK GETS STRESSED AND HOW I DEALT WITH IT

HOW AUTISTIC NICK DEALT WITH BEING OVERWHELMED

AUTISTIC NICK AND THE DEPARTMENT OF TRANSPORT

AUTISM AND THE NETFLIX SHOW “SPECIAL”